This wild mushroom vegan skillet lasagna recipe is gluten-free, packed with decadent, rich flavours, uses minimal equipment, and you don’t even have to make a bechamel.

I don’t tend to make recipes written by other chefs or bloggers, and there are two main reasons for this. Firstly when you write recipes, you have to be very precise. Pedantic is an understatement. So when I cook for pleasure, I prefer it to be a more casual affair. And secondly, I don’t like the idea of someone else’s creation sitting in my subconscious and accidentally finding its way into one of my own, credit where credit is due and all that.

But I did make Ottolenghi’s Spicy Mushroom Lasagne well, a vegan version. I was at a friends house, and they suggested we make it for dinner. I was curious, plus I can’t resist inserting myself into other people’s kitchens. Between the two of us, it took almost 3 hours to make, and we used two oven trays, a food processor, a small pot, a frying pan and a baking dish.

And I was mad about it! Oh, and I didn’t mention the £12 worth of wild dried mushrooms it calls for.

So I made my own version, a gluten-free, vegan version that you can make in half the time with just one skillet, a bowl and no food processor. You’re welcome.

The idea of making a whole lasagne with just one large skillet is blasphemous but life-changing enough for me to ignore all the pretentious connotations that come with Italian cooking. This wild mushroom, vegan and gluten-free skillet lasagne is as rich in flavour as it is poor on effort. I hope you enjoy eating it as much as I enjoyed creating it! What do you need to know before you make this vegan skillet lasagna recipe?

I’ve included all the additional notes for this wild mushroom vegan skillet lasagna at the bottom of the page with the hope of improving your experience here at blue border. If you found this useful, I’d love your support on Instagram, click here to follow. Add the boiling water to a medium bowl, crumble in the stock cube and add the dried mushrooms. Mix briefly and set to one side.

Preheat the oven to 200C/390F and place a large oven-proof frying pan on the hob at medium heat.

Add the black pepper along with two tablespoons of olive oil to the pan. Bloom the pepper for 30 seconds. Add the salt, chopped onion, celery and carrot and saute until the onions are translucent (2-3mins). Add the garlic and saute for another minute.

Add the remaining olive oil and one-third of the mushrooms to the pan. At first, it will seem like too many mushrooms, but they cook down quickly. Once one batch of mushrooms has cooked down, add the next.

Continue to cook the mushrooms, stirring occasionally, until any excess liquid has evaporated, 10mins approx.

Use a slotted spoon to remove the dried mushrooms from the stock, roughly chop and add to the pan.

In the same bowl, you used to rehydrate the wild mushrooms combine the remaining vegan cream, parsley, basil and cheese.

Roughly break up the lasagna sheets and nestle them into the sauce. Top the lasagna with the herby cheese mix and cook in the oven for 20-30mins (the pasta is cooked when you can send a sharp knife easily through the centre). Dried wild mushrooms add a rich umami flavour to this lasagna which really elevates it. I used a combination of oyster, shiitake and porcini mushrooms. If you can’t find this specific mix, you can use all porcini or shiitake mushrooms, and if you can’t get your hands on dried mushrooms at all, you can leave them out. Instead, you can add umami by adding a tablespoon of soy sauce or dark miso.

You should be able to find these in most supermarkets. If they just aren’t accessible to you, replace them with button mushrooms. The skillet lasagna will have a milder flavour if you leave them out but will still be delicious.

I used Oatly single cream, or you could tray Alpro single soy cream.

I used the mature cheddar by Violife. 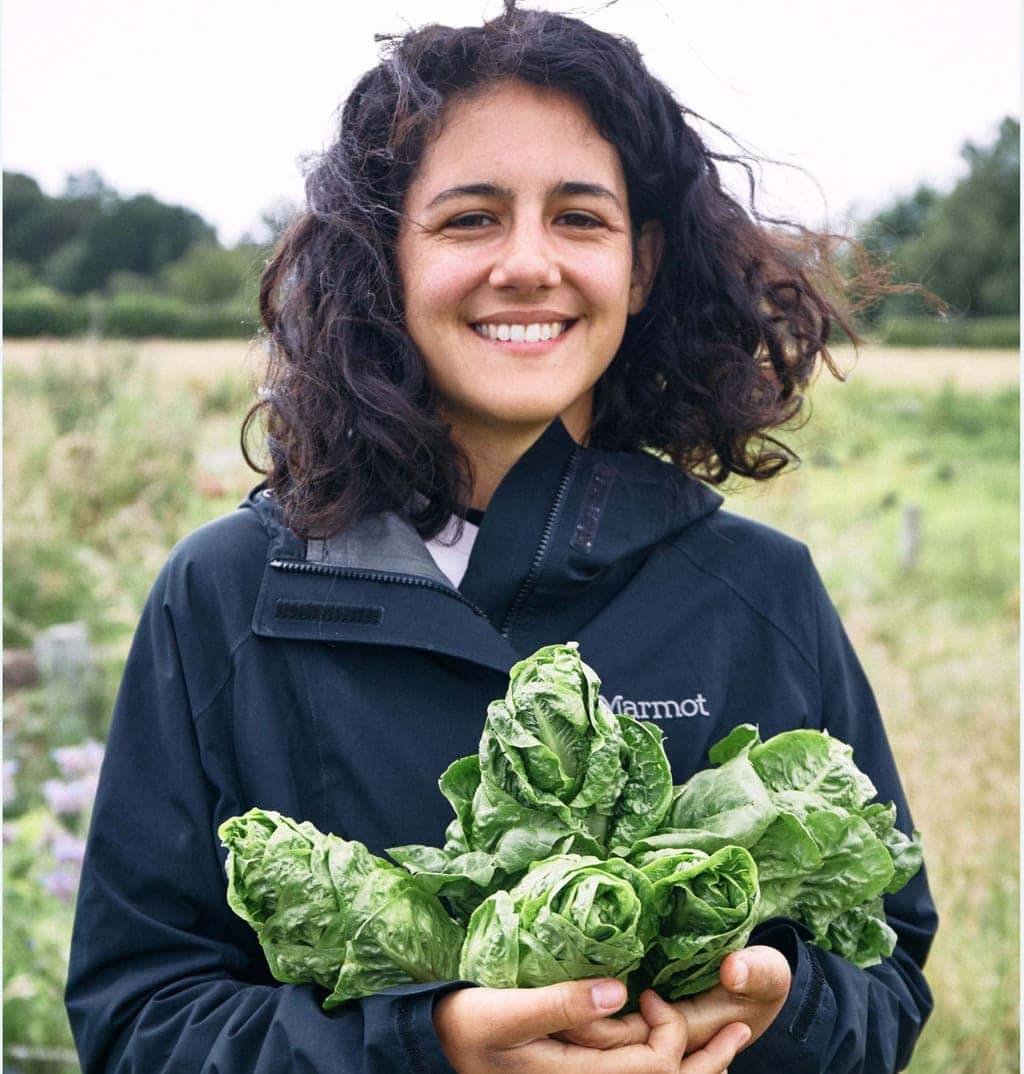 I'm Kylie and welcome to my little space on the web! blue border is an all-vegan and gluten-free recipe site with a particular focus on free-from baking. Here you'll find recipes and resources for all eaters and every level of cook.